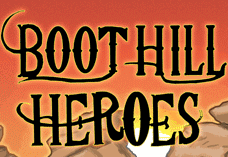 The game was crowd funded through Kick Starter.