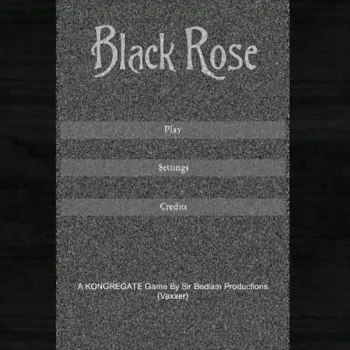 on Kongregate in March 2013. It is most notable for being made in Unity, and thus being entirely 3D, unlike the 2D Adobe Flash games normally associated with the website. Unfortunately, this also made the game unplayable on the most widely used browsers after they phased out their support for Unity Web Player due to its security issues. To remedy this issue, the creator chose to make the game freely downloadable

The player assumes the role of a woman named Linda, who decides to investigate an abandoned funeral home, where rumor has it, all of its previous employees were brutally murdered by an unknown entity. Upon arriving, the player is locked inside, and must try to obtain the key to escape. Moreover, the player can increase their score by having successful "close calls" with their pursuer. In order to escape an enemy encounter, the player must run away as fast as possible, while also avoiding eye contact at all times.

Not to be confused with another freeware horror game, The Black Rose. It is also unrelated to the 1992 pinball machine and a steampunk webcomic of the same name.