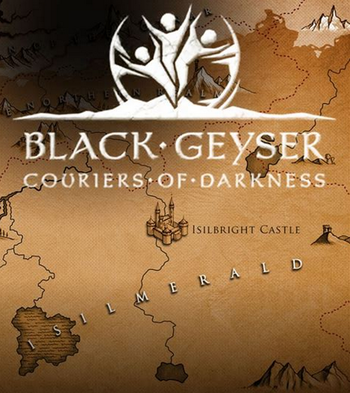 Greed shall infest us all

Black Geyser: Couriers of Darkness is an upcoming, Kickstarter-funded

Western RPG, developed by the Austrian GrapeOcean Technologies and inspired by classics like Baldur's Gate. The website is here

and the trailer can be watched here.

The game takes place in the kingdom of Isilmerald which was cursed by Zornilsa, the goddess of greed, envy and resentment. Now it's up to your adventuring party to break the curse and save the kingdom... or you could try to find a way to exploit the situation for all its worth.