Video Game / Birth of the Federation 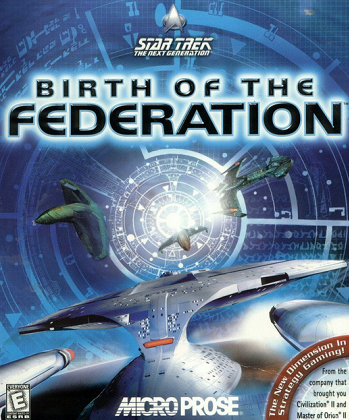 Birth of the Federation is a Star Trek: The Next Generation turn-based 4X strategy game published by MicroProse.

The player controls the facilities and fleets of one of five galactic powers: the United Federation of Planets (which only has human colonists even if other species join), the Klingon Empire, the Romulan Star Empire, the Ferengi Alliance, and the Cardassian Union. Players can persuade "minor races" - some of the many alien species seen in ST:TNG - to join their empire through diplomacy, or can conquer them by force.

Birth of the Federation contains examples of: