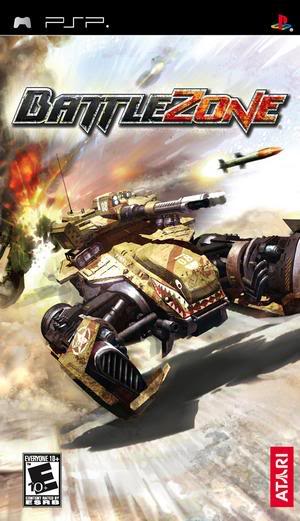 Battlezone (2006) is a PSP remake of the original Atari arcade Battlezone developed by Paradigm and released in 2006. The thin plot involves a NATO-mandated competition between different nations. It's a competitive Vehicular Combat shooter mostly centered around local multiplayer.