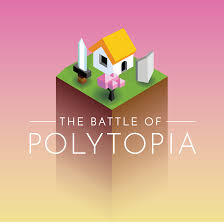 The Battle of Polytopia is a 2016 4X Turn-Based Strategy mobile game developed by Midjiwan AB.

The concept of the game involves the player controling one of the game's various fictional tribes.

To win, the player must conquer every other tribe on the map or the "square" as it is known in the game.