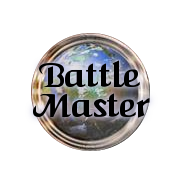 According to the homepage

, 'Battle Master is a team-oriented browsergame merging strategy and roleplaying. It is set in a low-fantasy middle-ages world and players take the role of nobles and lords.' This is essentially accurate, although like most strategy games it's much more complicated than it sounds at first.

games, the main focus of Battle Master is - shock! - the battles and state of warfare between player controlled nations called 'realms'. PCs can engage in direct field combat or siege warfare, as well as the various home-front activities like trading, farming, or diplomatic shennanigans.