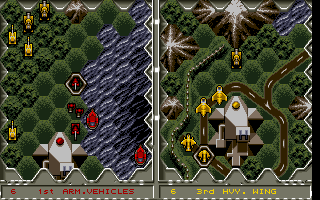 All the games, bar the last instalment, played on a hex grid, while the first game had the players' turns alternate between moving and attacking. In The Andosia War, each turn was at a 10-minute timer, both player and enemy, often forcing the player to wait in real-time for a while before the computer finishes their move.

The series also spawned a spin-off called Incubation. It was also a turn based strategy, and its characters eventually featured in The Andosia War. However, it was still quite different in tone and gameplay, focused on commanding a squad of soldiers against colonists mutated into monsters.

An updated version of the first instalment's engine was used in the game The Great War.