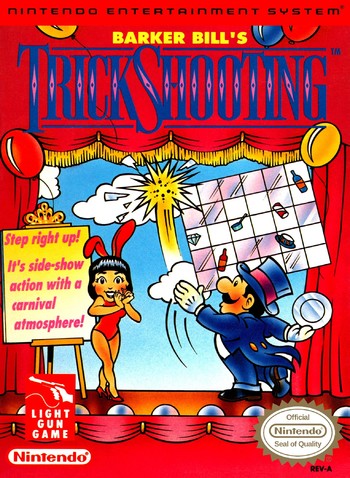 Here is the box art
Barker Bill's Trick Shooting: is a NES Zapper Light Gun game. Barker Bill and his lovely hostess, Trixie the Rabbit Woman and the Dog from Duck Hunt gives you a nice carnival mini-games.