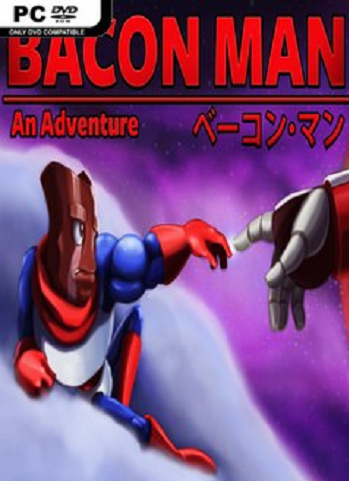 After the death of King Roast Beef, his grandson, Bacon Man, is next in line to rule, regardless of it being his top priority. However, the ruler of the kingdom of Nomround is quick to frame Bacon Man of the king's murder. In his place, the Pork King is put on the meat throne, to maintain food growth, and an ally. Bacon Man declares the food kings his enemies, and is banished to the freezer for his troubles.

Now, Bacon Man is on a Roaring Rampage of Revenge against the food kings, and determined to get back at those who put him behind bars.