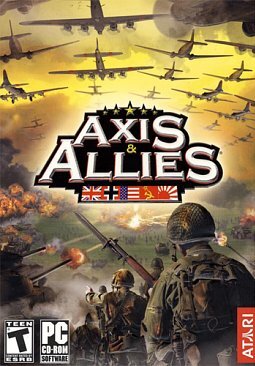 Axis & Allies is a 2004 video game published by Atari, based on the board game of the same name.

The game consists of two game modes. The first is similar to the board game, featuring a turn-based campaign. When invading a territory, the game can then switch to an RTS mode in which the player fights with infantry, half-tracks, and tanks to defeat the enemy.

The second mode is a campaign, one for the Allies and one for the Axis. As the Allies, the campaign follows the historical course of the war, alternating between the British, the Americans, and the Soviets during a number of crucial battles from El Alamein to Okinawa. The Axis campaign is an alternate history that can end in Germany and Japan winning the war.