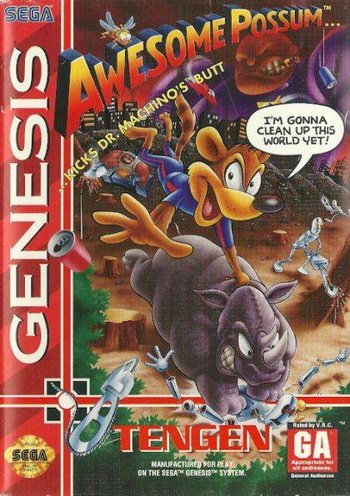 Riding rhinos before the Kongs made it awesome.
"I'm awesome!"
Advertisement:

Awesome Possum... Kicks Dr. Machino's Butt is a 1993 platformer by Tengen for the Sega Genesis. You play as the titular possum, fighting against Dr. Machino and his robot army as they despoil the environment.

This game was created during the Mascot with Attitude boom following Sonic the Hedgehog.