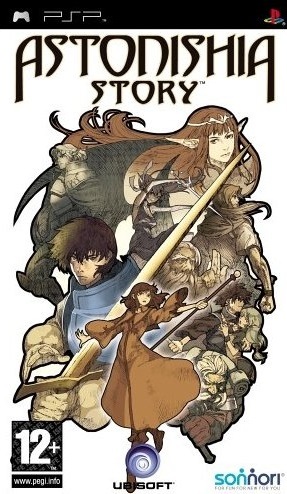 A RPG made in Korea in 1994, this tells the tale of Sir Lloyd von Roiental, who is ambushed while escorting a holy staff and his fellow soldier killed. His quest to regain the item and his honor soon turn into saving the world.

This game was first released for the PC, and then remade some years later for handhelds, including a PSP version that was the first time it was localized in the US and Europe.

The game uses a tactical RPG battle-system similar to Arc the Lad and Shining Force. However, the emphasis is far less about number crunching and stat watching, and more about just getting your characters into the right positions. Thus the game was marketed in some places as a casual-friendly strategy game.

It got a Korean-exclusive Gaiden Game, Forgotten Saga, and a sequel, Crimson Gem Saga.