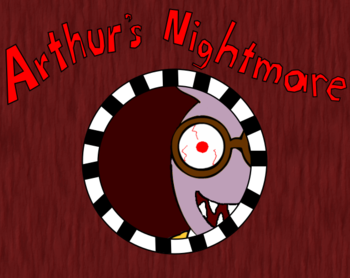 Arthur's Nightmare is a freeware horror game released in June of 2018 by Varun Ramesh. A self-described "meme game" based on the PBS Kids show Arthur, the player is tasked with collecting Woogles while exploring Arthur's home. However, they also have to watching out for Arthur himself while they're at it, as he's not as friendly as you remember him... and neither are the other residents of the house.

The game can be downloaded for free on itch.io