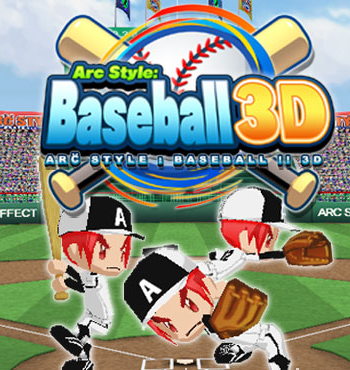 Arc Style: Baseball!! 3D is a casual baseball videogame developed and published by Arc System Works on May 15, 2014 for the Nintendo 3DS.

The game has three modes: Tournament, Exhibition and Customize. In the first, players choose a baseball team and take on the others on a 7-round tournament. In the second, players can have a quick exhibition game with and against any team of their choice, and are able to set different parameters not present in Tournament such as number of innings, ballpark and who bats first. In the Customize option, one can build their own team of 12 from scratch with the aid of several appearance parameters for every separate character. The game can hold up to 2 custom teams.

There is also a multiplayer mode for exhibition games where the host can play against one other person online or via Download Play.