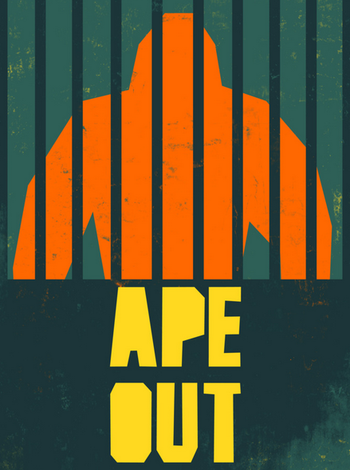 Ape Out is a Beat 'em Up game developed by Gabe Cuzzillo and published by Devolver Digital. The game was released for PC and Nintendo Switch on February 28, 2019.

As the title suggests, you play as a rampaging giant ape and your goal is to escape a facility while smashing through human guards.