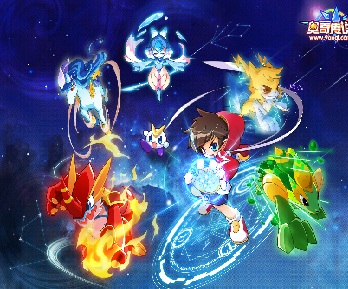 Aoqi Legend allows players explore the constantly updated Fantasy/Science Fiction world. Partially inspired by Pokémon, players collect and use mons in strategic automatic battles in a group of five mons battling another group or one mon. The player can do quests in each world. They can also help and befriend with legendary figures in the main city.

On September 27, 2013, a related game titled Aoqi Wars was announced. It was a spin-off game with different creatures and gameplay. However, the game was not successful as Aoqi Legend and future updates of the game are abandoned.