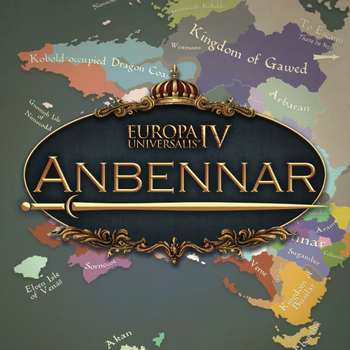 The mod can be downloaded on Steam

Similarly to the base game, the mod will see the player accompany a country from the late medieval ages into the modern era, except this time, progress and societal change will be sparked by and intertwined with the setting's fantasy elements. You will oversee realms inhabited by DnD fantasy races as they manage their way through history and undergo revolutions of their own in parallel to humans, each race possessing its own strengths, challenges and abilities.

While work on the mod started on 2018, Anbennar has been a world in the making since 2012, being also the setting for Jay Bean's story Blackpowder Chronicles