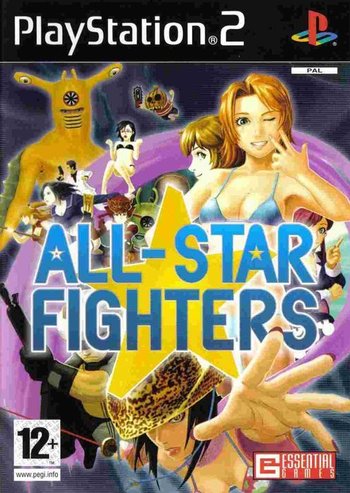 Simple 2000 Series Vol. 91: The All*Star Kakutou Matsuri (the sub-title loosely translated to "The All*Star Fighting Festival") is a comedic 2.5D fighting game developed by Digital Zero and published by D3 Publisher for the PlayStation 2 in Japan on December 15, 2005. It was later localized for European countries and Australia as "All-Star Fighters" and released by Essential on March 23, 2007 and July 10, 2007 respectively.

This game is a crossover of the various games made by D3 Publisher from its Simple series. You can read here