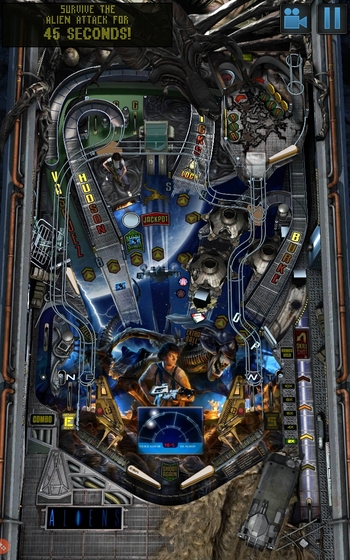 Look, I'm telling you. There's something moving on this table and it ain't us!
Aliens Pinball is a virtual Pinball Spin-Off and adaptation of the film of the same name, developed and published by Zen Studios. This pinball table is one of the three tables in the Aliens vs. Pinball collection, a premium add-on for Zen Studios' ''Zen Pinball 2'', ''Pinball FX 2'' and ''Pinball FX 3'', and is also playable on the Aliens vs. Pinball mobile app.

Private Hudson: That's it man, game over man, it's game over!