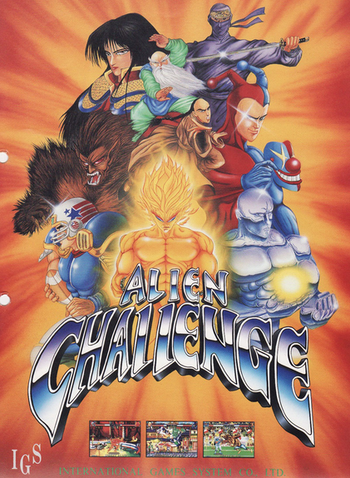 "A farting clown, a French ninja, and a beaglewerewolf... This is if World Heroes or Power Instinct snorted ClayFighter."
—A random YouTube comment

summing up a some of the more peculiar aspects of this game.

(Also known as Huang Fei Hong) is the first video game made by Taiwan based International Games System (IGS) in 1994.

The next (and better acclaimed) fighting game by IGS was 1998’s The Killing Blade, which was then followed up by the much-loved Martial Masters, which would be released in 1999 (with releases in arcades in Japan in 2000 and North America in 2001).