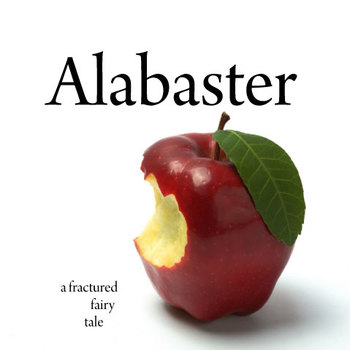 Alabaster, a self-professed Fractured Fairy Tale by Emily Short and various other authors, is an Interactive Fiction game that retells the story of Snow White through a dark mirror.

The game places you into the shoes of the huntsman ordered to kill Snow White and bring her heart back to the Queen. You secretly made a pact with Snow White to let her go in the woods and bring back the heart of a hart to the Queen instead, but as the fateful hour approaches you can't help but take note of Snow White's erratic behavior in the woods and the rumors you've heard about her being even more dangerous than her stepmother. You're alone with Snow White now, however, and the only way you'll get any answers is by questioning her or any other creatures that might be nearby. If you really want to know the answers, that is...

The main appeal of this game is its complex conversation system created through a collaboration project among Emily Short and various other interactive fiction writers who added conversation options and dialogue after one another in a round-robin-like manner. It isn't quite as conversation-focused as Emily Short's earlier work Galatea famously was, but the conversations you can hold with Snow White on numerous topics are definitely the most important and interesting parts of the game.