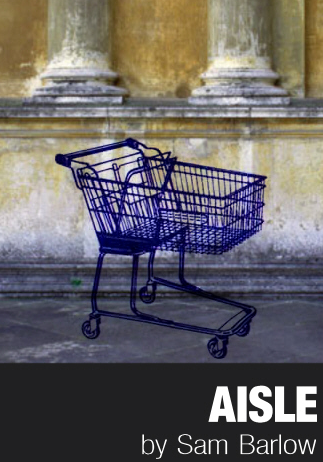 You are about to read a story. Or rather, part of a story. You will be asked to define the story by controlling one instant in the life of the man whose story it is. Your intervention will begin and end the story. But be warned; there are many stories and not all of the stories are about the same man.
— Opening screen narration
Advertisement:

Aisle is a 1999 Interactive Fiction game by Sam Barlow. The setting and concept are simple: you control a character standing in an aisle of the supermarket. In each play-through, you may type one and only one command; the game responds with a short snippet of story about the main character. But as the opening narration implies, many of the stories are mutually contradictory, which gives the sense of hopping between Alternate Universes on each reload. Can be downloaded or played in-browser: IFDB

(in-browser). Not to be confused with Pick Up the Phone Booth and Aisle, which parodies this game's one-move mechanic.

NOTE: Due to the game's short length, all spoilers are unmarked. You Have Been Warned.