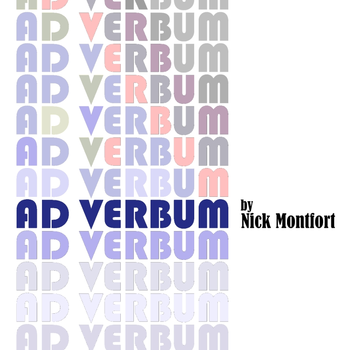 Ad Verbum is an Interactive Fiction game by Nick Montfort, released in 2000.

The aim of the game is very simple: explore an old house that used to belong to a wizard, and make off with everything that isn't nailed down. The catch is that the former owner was the Wizard of Wordplay, and every room in the house has some kind of linguistic constraint that is reflected in the description of the room — and in the commands that the game will accept within that room. For instance, one room on the initial floor of the house is the Neat Nursery, which is described using only words beginning with N, and will only accept commands composed of words beginning with N... and the only exit from the room is to the south.

The game came fourth in the 2000 Interactive Fiction Competition, and won the 2000 Xyzzy Award for Best Puzzles.