Video Game / A Home Far Away 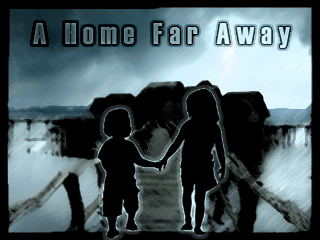 "Home is a name, a word, it is a strong one; stronger than any magician ever spoke, or spirit ever answered to, in the strongest conjuration." - Charles Dickens (the game's opening quote)
Advertisement:

A Home Far Away is a freeware game made with RPG Maker that tells the story of two siblings who get lost and must find their way back home. Cue an onslaught of weird characters and sidequests that could feel like a burden at times.