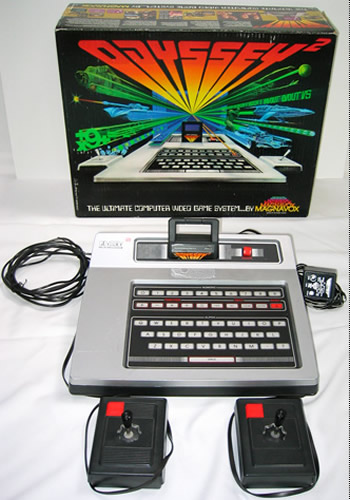 The Odyssey2 was Magnavox's successor to the Odyssey. Unlike the Odyssey, and like later consoles such as the Atari 2600, it had a CPU, and was fully programmable. It was released in 1978, after the 2600, and was technically inferior to it. The Odyssey2 had a couple of unique features, though: a keyboard, making it somewhere between a console and a computer, and a speech synthesis unit.