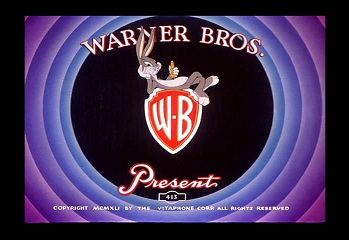 Now that's the Looney Tunes we all know and love.

This is Part Two of the Looney Tunes and Merrie Melodies Filmography, covering all main series shorts from 1940 to 1949. A total of 307 shorts were released during this time.

The 1940s was the pivotal decade for the entire Looney Tunes franchise, where the series' most important films and characters would come about.

Picking things up from the late 1930s, the artwork in the studio's cartoons was steadily and strongly improving, as was the content of the films. Tex Avery was still creating street smart, anti-Disney cartoons, such as his recurring travelogue parodies and fairy tale burlesques. Friz Freleng, fresh back from an unhappy tenure on MGM's "The Captain and the Kids" cartoons, was back to making standard gag cartoons, with previous director Ben Hardaway demoted back to animator, which prompted the latter to pack up and leave for work at the Walter Lantz cartoon studio. Bob Clampett was making surprisingly innovative and very playful cartoons in the B&W unit, and even his unit was showing considerable improvements in upgrading their animation, despite still being handicapped by low budgets and restricted to making Porky Pig and Daffy Duck cartoons. Chuck Jones, meanwhile, was still struggling to find his voice at the studio while using Disney films as his reference point as opposed to the anti-Disney approach of his colleagues, making cartoons such as Sniffles the Mouse, which were impressively crafted and lavish, but cloying and sluggishly paced misfires. His career was also on the line because of this—Leon Schlesinger, who was not pleased with Jones' cutesy cartoons, nor the fact that they required considerable more effort and money than the typical short cartoon, was constantly threatening to demote Jones back to animator if he didn't follow the approach of Avery and Clampett, and in one case came very close to firing him for making Tom Thumb in Trouble, only relenting because the other directors defended Chuck as having what it took to be a good director, but claiming that he just needed time to find his own point of view. But amongst this, the studio would make a discovery that would not only put them on the map, but change animation forever.

Amongst Chuck Jones' early cartoons was "Elmer's Candid Camera", a take on a manic rabbit character that was previously used in two of Ben Hardaway's cartoonsnote "Porky's Hare Hunt" (1938) and "Hare-Um Scare-Um" (1939) and one of Jones' earlier shortsnote "Prest-o Change-o", 1939). Besides introducing the hopelessly dopey Elmer, it also refined the Hardaway rabbit into a more underplayed star, as opposed to a copycat of Daffy Duck as Ben Hardaway had previously portrayed it. Afterwards, Tex Avery decided to do a take on a similar premise that Jones had done, called "A Wild Hare"—the premise of the two cartoons was similar, but Tex replaced Elmer's camera with a gun, and instead of portraying the rabbit as an obnoxious heckler, decided to depict him as a smart alecky wiseacre who plays off the foolishness of his hunter, even mocking his opponent in the face of danger—the total antithesis of a character like Mickey Mouse, and also a distinction from the studio's milquetoast mascot Porky Pig. The character, unnamed in the cartoon proper, but eventually named Bugs Bunny, was finally born, and once "A Wild Hare" turned out to be astoundingly popular in theaters, the studio immediately made him their headlining star, and nothing would ever be the same.

1941 had another important change the studio, starting tragic but turning out to have a silver lining. Tex Avery, the mentor of directors Bob Clampett, Chuck Jones and many other staffers, abruptly quit the studio in disgust to start his own animation unit at MGM, due to a large squabble with producer Leon Schlesinger over the creation of the "Speaking of Animals" series. To fill in the gap, Leon promoted Bob Clampett from the B&W unit to the head of Avery's big budget unit, finishing up some leftover Avery cartoons, while also getting a chance to make regular color cartoons starring major players like Bugs Bunny, in addition to making other oneshot cartoons (Bob's lead animator and brief co-director, Norm Mccabe, would inherit Bob's old unit).

Free of the previous handicaps he dealt with and equipped with the studio's best budgets and top animators, Bob was able to push his cartoons to boundaries far beyond what he was able to do before—Bob took what he learned and tinkered with in his B&W films—his sense of newspaper comic exaggeration, strong character distortion and dynamic staging, and magnified it to levels unlike anything else seen in the history of animation. In films like Coal Black and de Sebben Dwarfs and A Corny Concerto, every creative ingredient he could use was taken advantage of, especially in regards to the actual animation; the characters constantly changed their appearance depending on their emotional state, the animators were actually encouraged to deviate from the model sheets to put their own styles into the characters. Not to mention his fast pacing, razor sharp timing, playful wit, and penchant for breaking established series formulas (shorts like ''Tortoise Wins by a Hare" and "Falling Hare" remarkably turn the Bugs Bunny formula right on its head, with the normally cool and collected Bugs put at the mercy of foes as wily as he is, and even the latter pulls the rug out on the audience by revealing it is all a gag), were perfectly in vogue with a nation suffering through World War II, making Bob the headlining director of the studio from the early to mid 40's.

Meanwhile, Chuck Jones' years of struggling would finally pay off in 1942—finally realizing that emulating Disney was a dead end for him, Jones began focusing on making cartoons with more snappy humor and timing. This was in vogue with his colleagues' work, starting with shorts like "The Draft Horse", but he officially found his own voice with The Dover Boys, a witty parody of a series of books called The Rover Boys. Besides its humorous subject matter, Jones also made major artistic innovations in the cartoon, eschewing Disney-style lushness for blazing fast, exaggerated smears and heavily stylized designs. Even the backgrounds were a modern, stark contrast from the lush, storybook-like watercolors of previous cartoons. While Jones also came dangerously close to losing his job over such a brazen experiment, Dover Boys would prove to be his first shining moment and a popular cartoon, notably laying the groundwork for the stylized work of the up and coming UPA cartoon studio. Even director Norm Mccabe got on the boat with making stylized, modern-looking backgrounds in his b&w cartoons, before he was drafted into the Army's First Motion Picture Unit in WWII. Frank Tashlin, previously an animator and director at the studio in the 30s, would inherit Mccabe's unit, just in time for their cartoons to permanently upgrade to color in 1943. The whole studio would eventually contribute to making the Private Snafu cartoons for the military alongside their main shorts.

In 1944, Leon Schlesinger sold his cartoon studio to Warner Bros. and retired, leaving a new boss, Eddie Selzer, in charge. Bob Clampett, having hit his directorial peak by the tail end of World War II, abruptly quit the studio in 1945, with veteran animator Art Davis taking over his unit. Meanwhile, the studio's top animator, Bob McKimson, would acquire his own unit in 1945, directing a wartime "Seaman Hook" short, but with his first public theatrical short screened in 1946. Frank Tashlin, who had continued to make witty, fast paced cartoons, complete with his own art deco-influenced design sense, was hindered by his desire to move on to live action movies, which gave him a "one foot in, one foot out" situation at the studio, which kept him from truly creatively jelling with the other directors, prompting him to leave the studio one last time in late 1946. Chuck Jones would eventually become the leading director of the studio, introducing many new characters and making his cartoons more stylized than ever by the late 1940's. Most notably, he tinkered with the personalities of Bugs and Daffy in the start of his landmark "Duck Season, Rabbit Season" trilogy, making Bugs a passive-aggressive trickster character, while turning Daffy from a manic screwball to a loudmouthed blowhard with the cards stacked against him. He also started his famous Road Runner cartoons, initially starting as a parody of the tired "Cat Chases Mouse" cartoon formula, but turning it into a straight gag series centered around Wile E Coyote's fanatic attempts to capture the elusive bird. Friz Freleng, meanwhile, would start making his series of Tweety and Sylvester cartoons, the former having been a character in three Bob Clampett shorts.

By the mid to late 40's, the studio had officially crystallized its house style and brand of humor. Their cartoons became the most popular cartoons during the World War II era, and made waves in the industry—nearly every other studio, including Disney, were attempting to copy their brand of fast-paced slapstick and sardonic humor, to varying degrees of success and failure.

The 1940s cartoons (barring some that have been banned due to outdated ethnic stereotypes and long-forgotten references to World War II) have aired on television, but most will remember that American network television usually aired the shorts made after 1948, though the now defunct WB network and some unnamed local affiliates did air some pre-1948 shorts. Over on cable TV, the post-1948 shorts did air on Nickelodeon (though not as much as the colorized versions of 1930s Porky Pig cartoons, the cartoons made between 1948 and 1963 that had little to no screentime due to not being popular enough, and the much-loathed post-1964 shorts), but the pre-1948 shorts (again, barring the ones that have been banned for outdated racial and ethnic stereotypes and long-forgotten WWII references) were mostly seen on the Ted Turner-owned networks TBS, TNT, Cartoon Network, Boomerang, and even Turner Classic Movies (on its anthology show, Cartoon Alley). As for home media releases, there is a healthy mix of popular and obscure shorts that have made their way to official and unofficial releases, though most will recognize the shorts released between 1948 and 1949 as being the popular picks.

P.S. To nitpickers who are wondering where the Private Snafu shorts are, those are listed in their own filmography on the Snafu page.