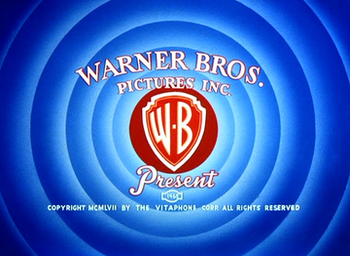 This is Part Three of the Looney Tunes and Merrie Melodies Filmography, covering all shorts from 1950 to 1959. A total of 278 shorts were released during this time.

Looney Tunes directors in this period include Friz Freleng, Robert McKimson, and Chuck Jones (the only three left after Arthur Davis' unit was shut down for budget reasons).

This is the era of Warner Bros. cartoons where a lot of memorable shorts (both seen on television and released on home media) reside. See if you can spot your favorites.