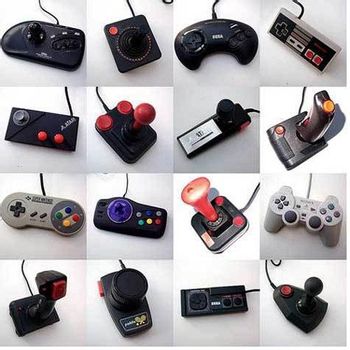 The typical array of controllers used with video game systems over the years. There are two main classes, universal and specialized, and notable one-off gimmicks worth mention also appear here.

Universal (used as the out-of-the-box controller for at least two major gaming systems):

Specialized (seldom an out-of-the-box controller, but has been used for at least two systems):

Unique (Only used once, as a one-off gimmick or merely yet to catch on):