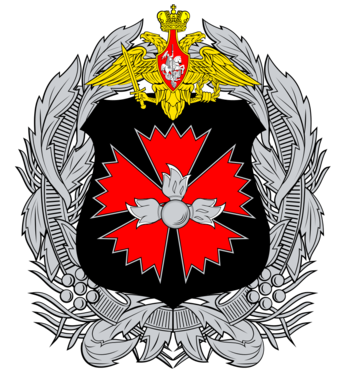 "Greatness of Motherland in your glorious deeds"
The Glavnoye Razvedyvatel'noye Upravleniye (Main Intelligence Directorate) the second Russian intelligence agency. Though overshadowed by the KGB, the GRU, the Russian military intelligence (as opposed to the KGB, which represented the Communist Party and Soviet Government) has conducted much of Russia's espionage in the 20th century. Besides conducting regular espionage operations, it has several thousand Spetznaz troops under its direct command. Unlike the KGB, the GRU still exists as a part of the modern Russian state.

Not to be confused with Felonius Gru, the Villain Protagonist from Despicable Me.