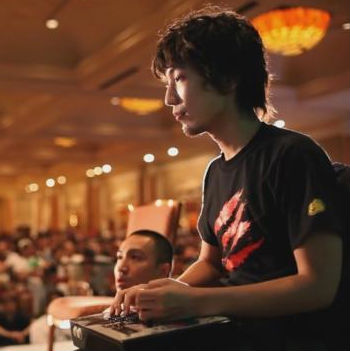 The Beast In his natural habitat.
Advertisement:

This page is a list of Fighting Game Community players that excel far above their peers. Thanks to the success and popularity of Fighting Games in general, as well as the fact that most top players are Competition Freaks, this list is constantly growing.

The Five Gods
Widely considered the five greatest players ever to play Melee during their prime, to the point where normally the only player to take a match against a god is another god. To even take a game against one of the gods is a badge of pride, much less a set (something precious few non-gods have done).

Back to the main Fighting Game Community page.

Or back to the page about Fighting Game culture itself.