I have completely forgotten what my name means. Regardless, just call me Amp. 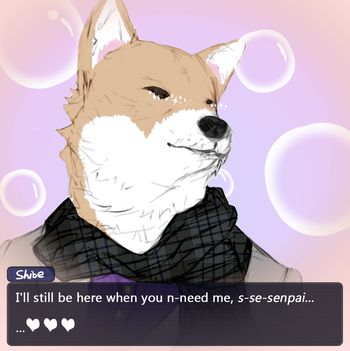 I'm trying to make sure all of my profile picture / any image related to me on this site has something to do with a dog in human clothing. Ergo, there's that drawing I helped make (colors, effects. Friend of mine drew it). I make my own art sometimes, but I tend to be lazy as hell and forgetful. Don't expect anything to be done quickly.

I've GMed a few times, but they don't usually turn out all that well. It's all for different reasons.