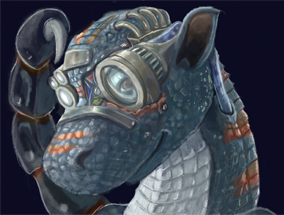 I tend to bounce all over the wiki, but my home bases are Lost and Found and the edit page. I enjoy crosslinking related tropes, making blue text link to the right tropes, trimming loose threads, improving the clarity and legibility of articles, and rerailing Signal To Noise Train Wrecks.

I have a few pet tropes I'm rather fond of:

This Troper is an example of: