Anyway, about me: I'm not a new forumite, starting out here

where I'm somewhere between a regular and a old-guard of the same name. That place is in need of some love in the form of new (and permanent) members. Check it out.

I play music and previously studied nursing. Now I am just starting at a local door manufacturing company. As I have been playing violin practically my entire life, I feel like I'm almost entitled to say that music truly is my world. I currently work at a nursing home and sub for a county level orchestra, which is pretty rad, I'd say. I have taken it my responsibility to keep the Gambit Index in running order. Though I have been slacking from running my watch as of lately. I'm from one of the cloudiest cities in the United States, north of that one city and south of that other one. The actual town of Death Cab for Cutie. Oh yea, if I haven't mentioned it before, I play epic violin. And I quote cheesy '80's songs and puns a lot. And I love hiking. And JRR Tolkien.

I am currently crusading against Fandumb. Help me fight it. note: I'm a big fan of Moff’s Law and Quality over Quantity.

As for the Table discussion,I am a part of Salt.

open/close all folders
Advertisement:
What I think of me:
Where I spend my vacation: 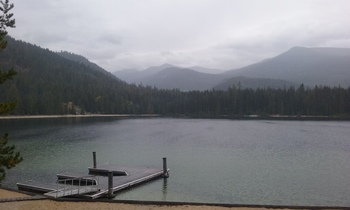 Priest Lake, Idaho, US of A
Awesome stuff, guaranteed.

I find these bands played so much/adored so much that I've started to not liking them:

Music that I'm starting to not like as much because it's being played WAY TOO MUCH: Clicky Not that I don't like them or their fans, I've just heard their songs too much and need a break from them.

Tropes that annoy me:

stuff I've created:
Advertisement:
Kids these days...
Luigi: "What are we going to do today Mario?"
Mario: "I don't know Luigi,... hey lets vandalize this page."
Luigi: "Okey dokey."
Got tropes of me?
Questions for the troperverse
Advertisement: