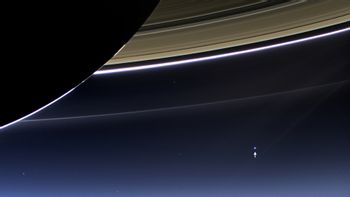 Consider again that dot. That's us. On it everyone you love, everyone you know lived out their lives. The aggregate of our joy and suffering.
...well.

Not much to write here.

Maybe except try to scribble something here.