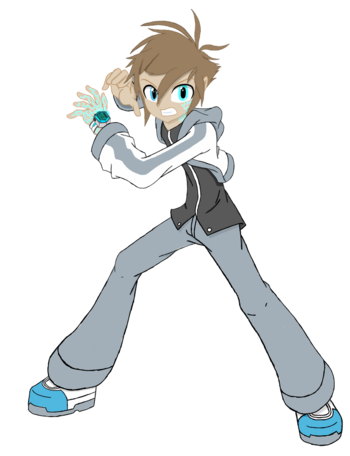 Some tropers contributes in popular pages about their favorite shows, movies, anime, comics and the like. Some were just there to help out with sorting out errors and inconsistencies in edits and such.

And then, there's that one guy who like to edit things in TvTrope...mostly because he was bored!

Meet Blade Strife, also known under his online alias "OverDriver05" and sometimes shortened as "OVRDRVR05", a self-proclaimed "Tokusatsu Brony of the Fillypines"note Fillypines is a brony word play on the country "Philippines", his home country, who is known for his four simple descriptions: Bronynote He's a fan of My Little Pony: Friendship Is Magic and My Little Pony: Equestria Girls since 2015, Gamernote Was a self-described "casual" gamer with a love for videogames, Artistnote Has a DeviantArt page for all of his arts! and Shitposternote Actually runs a Facebook page where he posting all sorts of stuff.

Check out his social media accounts:

Tropes applied exclusively to this troper: