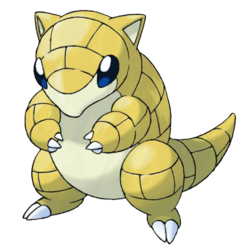 No matter what the scenario, Sandshrew will find a way to win.
"This is why I don't go outside."
— Catchphrase of Over9000Pylons
Advertisement:

Over9000Pylons is a all-purpose nerd from Canada with certain levels of specialization in science-fiction, superheroes (especially those of the Marvel Universe), video games, and genre-fiction literature. Having just mopped up an Honour's Degree in English Literature, he now primarily exists to question his own existence beyond just existing. Was diagnosed with Asperger Syndrome at the age of seventeen, which would have been useful information much earlier. Before the diagnosis, was generally considered to be quite weird, but now has a reputation more of someone who has mostly been misunderstood throughout his life. Loves to analyze literature, storytelling, characters and the like, and has Encyclopaedic Knowledge of both the Mass Effect and Marvel universes.

Examples of some of the things that Over9000Pylons is a fan of include: Shadow Of The Colossus, Mass Effect, Star Wars, Star Trek, the Marvel Universe, Pokemon, Final Fantasy, Jane Austen, The Lord Of The Rings, Metal Gear, Star Craft, Pacific Rim, The Last Of Us, Ninja Gaiden, American Beauty, Soul Calibur, Resident Evil, Silent Hill, Metroid, William Shakespeare, and Frozen.

Has a lifetime dream of being a writer, and as such, totally has a FanFiction.net account

, where he posts his Marvel fanfiction, which you should totally check out.