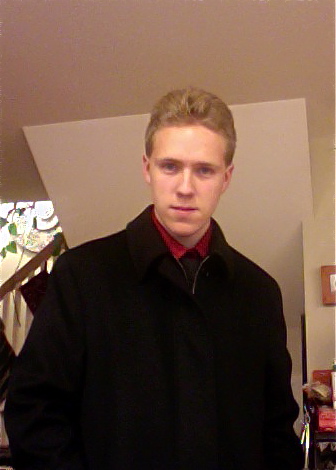 Not the best picture, but it'll do.
Hi, I'm O'Malley. I'm a Hot-Blooded ENTP-type who you'd never expect would be editing TV Tropes. But hey, I'm here and I love it dearly. I love physical activity, so I once joined every sports club at school to see which was the right one. I eventually decided with track. It's a lot of fun. I can be very argumentative in real life, but that's just because I think it's fun to argue and debate. I'm a musician as well, and I appreciate good music of any genre.

Haruhi Suzumiya is my all-time favorite anime. Deal with it.

I am a high school senior, and am going to West Point next summer (United States Military Academy). When I graduate, I will be a 2nd Lieutenant in the United States Army. This I'll defend.

I may not post too much on the forums, but you can find me lurking here every day. Drop a PM or make a comment here if you want, but if you don't, that's fine too. Thanks for visiting!

open/close all folders
My favorite books

There are many, many others.

Not an exhaustive list by any means. I have a special love for Bluegrass, folk, Americana, and Classical/Baroque music. I'm also very into ancient (pre-Crusades) music and what that sounded like.

Tropes that others think describe me
Vandalism