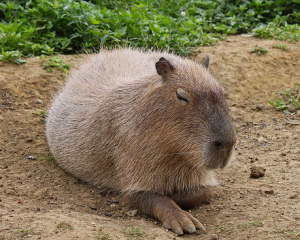 mobile shortly after having a dip in some binch water
Advertisement:

I've skipped town, but here's some Tumblrs if you still want to see what I'm up to these days.

I will never forget my beloved brother, who never found this site but nonetheless became acquainted with the friends I have made here. Rest well, Spaceman, I will carry you in my heart always.

Really cool animals that more people should know about:
(Also under construction)

Now we're feeling kinda hungry.
We got the mega munchies.
Got to make our pizza as big as some countries.
How much pizza do you think we can chow?
More than our parents would ever allow.
We're gonna make a master-piece a pizza.
A work of art like the Mona Lisa.
It's gonna be high like the Tower of Pisa.
But to get there...You don't need a visa.

Pizza, P-I-Z-Z-A. Gimme pizza.
Uh, did I happen to say, I want pizza.
P-I-Z-Z-A. I want pizza.
Hey, are you ready to play?
Now set down the pizza and bring me some chicken.
Throw it on top and make it finger lickin'
Guacomole. Meatballs, whip cream pouring like waterfalls.
Here's a little salsa to make it hot.
Here's a lot of ice cream to hit the spot.
Toss the fish, let it fly, fly, fly, pizza pie.

Pizza, P-I-Z-Z-A. Gimme pizza.
Watch it rise like a soufflé.
Gimme pizza. P-I-Z-Z-A.
I want pizza. You think we should stop?
no way!
Get your motors ready cause here we go.
Chocolate sauce, spreading it slow.
Oreos, marshmallows, caramel, coconut cream, egg foo young, chicken tongue.
Hold the eyeballs. I'm gonna scream.
Now don't forget the rice or the mashed potatoes.
And what about these fried green tomatoes?
Batter's up, catcher's ready.
1-2-3-4-5...spaghetti!

Here it is, ready to serve. This pizza is made...Yeah!

I should not be driving this car...

Oh no
I shouldn't be driving this car