Greetings I am Mew 1996, I am a young troper who greatly enjoys this page, I discovered TV tropes a few years before joining and I fell in love with this site. I love it.

I'm a fan of several works, most of which I discovered through this site like: Harry Potter, Undertale, Pokémon and many others.

"The Beast" (AKA John White) 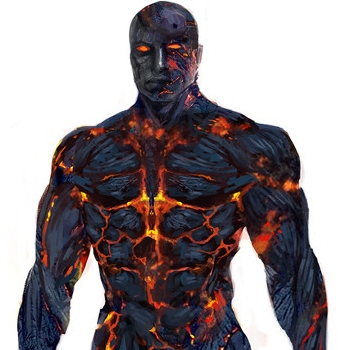 "Humanity is dead. Help me save what I can."

The Beast is an immensely powerful Conduit that the First Son's leader, Kessler, believed would eventually come to destroy the world in the near future. While only mentioned as a Sequel Hook at the end of the first game, he appears as one of the main antagonists in the second game. It eventually turns out that the Beast (or at least the version we see in this timeline) is John White, who was resurrected and transformed after the Ray Sphere destroyed his original body. John believes that the only way to save the world from the deadly Plague is to activate the powers of any remaining Conduits to help them survive, at the cost of dooming the rest of the human species.

A few of the tropes that apply to me.