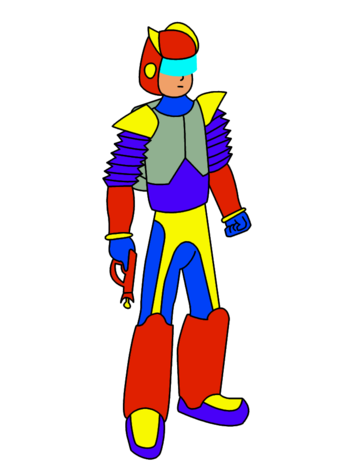 Shed some layers.
"You've got to fight to make a wish come true!"
-Fantasy, The Pagemaster

Metroid Peter is a human who wears the G-Force Suit, and is proud to be a Space Hunter and active troper in this community. He speaks English, Tropese, and some Romanian.

He originally wore the Gravity Suit, but swapped it out to avoid copyright infringement.

Generally he likes works that lean to the idealist side of the Idealism/Cynicism Scale (though there are exceptions to this) and does his best to add reasonable edits to articles on TV Tropes.

While his status as a fan of the Metroid series is obvious, he generally likes many Nintendo games. Although there are some other Non-Nintendo games out there that he enjoys. He also likes Steven Universe, The Amazing World of Gumball, and The Powerpuff Girls. His favorite movie of all time is Titan A.E..

Tropes associated with him.