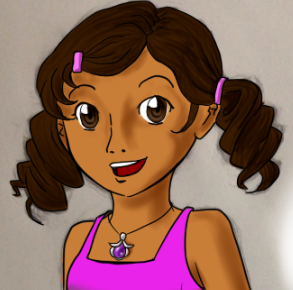 Meikyu Butterfly, better known as Nenilein or just Neni elsewhere, is a japanophile Otaku Surrogate with a degree in Japanese Studies.

An avid fan of Japanese animation and Video Games ever since her childhood, the Austrian, adult Trooper has a degree in Japanese Studies and speaks a solid amount of Japanese, alongside her fluent English and native tongue, German. Her great aspiration is to be a professional Translator and Author (specifically a Scenario Writer) for her three languages.

Has a tumblr blog