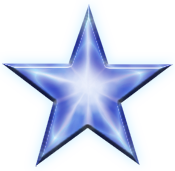 At least this is not a face and a caption.
Advertisement:

First released in the late 1980s, Lythande is a North American-exclusive limited edition troper. Despite attempts to cross over with some anime and live-action franchises note usually in the form of fanfiction or fanart, which can be found under the screenname Ankh-Ascendant, it doesn't appear this troper will be receiving a reboot anytime soon.

This troper contains examples of: