Random browser and unspectacular Wikipedia editor. Watches you through your air vents.

Will have to start:

I'll add this: In the first five minutes of Star Wars, Vader walks into the carnage of battle, picks a captured soldier up by the neck, holds him dangling in midair at arm's length and questions him before offhandedly snapping his neck with one hand and tossing the body aside. Bad guy established in less than 2 minutes. While it is cheezy sci-fi schlock, it is also effective storytelling. You knew right off the bat that Darth Vader was an evil badass that you didn't want to get involved with.

Darth Maul gets introduced half way through the movie and despite the cool makeup we have to be told that he is a bad guy. Also, despite being a much better stunt man and athlete and having much cooler fight choreography, Maul never reaches the level that Vader does in that introductory scene. Therefore his defeat is no more intriguing than getting past the chompy things on the assembly line. He's not a character, he's just another obstacle for our hero to jump over.

There's always worse things coming. If you run once, and it doesn't work, you'll spend your life running. They've seen those people... homeless, near-mindless drifters, always trying to stay ahead of "worse." They weren't willing to chose that for their families.

Being poor means fighting to be treated like a human being.

i knew that if our luck turned they would ostracise me

Up here, the reason they are doing good works for the relocated people is because that is the "in" thing to do and it's looking good for the church and so forth. At least that's a motivation for many of the helpers. There are always the true Christians and humanitarians.

World War I recruiting posters. causes people to hurt themselves or other people. attitudes. It may do. I added Kiss of Life due to authorial fiat. Depicting lip-locking with a near-corpse or

openly defies not just physics but the most elementary logic. Just That Good

prone to inflation. Flight... [[ac:without wings!]] was without a whiff of the Required Secondary Powers.

The ultimate example being a 3x3 grid showing every alignment with varying pictures and captions, but the same subject: Batman. Here it is.

◊ (Warning to dial-up users: It's a BIG picture.)

Words of praise for metahumor.
—The Title Of The Trope 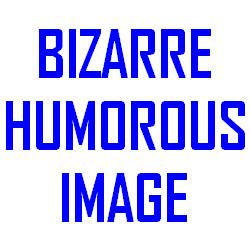 Declaration of an intrisically degenerating nature of Running and Once an Episode gags. Elaboration that effects of humor get stale by repetition (Link to exception

), requring an escalation in variants to stay usable. Biting yet affectionate snark with just a hint of superiority.

Proposal for wringing slightly more life out of old gags by formula template Bashful admittance of rarity. Note of the virtual quarantee of a state of No Fourth Wall due to high level of Genre Savvy. Needless self-referential caution against overuse. Dismissal of a logical flaw that's obvious to anyone who obsessively analyzes TV shows and other media.

Horizontal line. Formal indication of the beginning of a collection of instances.

Sam: Random but innocuous comment.
Max: Irreverant reply that hints at mental instability!
Sam: You crack me up, little buddy.

Dot. Mention of the band "Da Vinci's Notebook" and its elaborate track Title Of The Song. Expression of a mix of awe and terror. Self-explanatory reference to The Title Of The Trope. Link

. Order to listen to the song without delay. Quote:

Dot. Mention of a concise skewering of The Twilight Zone on Futurama. Link of questionable legality

Dot. Mention of the 21st-century trend of creatively named self-aware parodies (expression of disgust at content), such as Scary Movie and Not Another Teen Movie.

Dot. Mention of a spontaneous IRC execution of the trope and its status as the most liked quote in all of bash.org. Horrendous pun of some sort. Link

. (Clarification that Miles_Prowler was the temporary name of Fishfood.)

Mirrors are eerie things for the mundane tools that they've become. They show a space that isn't there and a you that isn't you, the sides wrong, different details accentuated, and every once in a while don't you get the feeling that the reflection might blink both eyes at the same time?

It's not surprising that mirror images have been thought to do far more than deflect photons.

reveal or even capture the soul or inner self. This is why Dracula doesn't reflect, and where the superstition about seven years of bad luck comes from. Expect fiction to milk the symbolism for all it's worth.

1. Letting the inner self out

2. Showing the outer self in In ordinary circumstances, a miorror that shows what the user looks like is

Less traumatizing (in the psychological sense, not in the "getting a foot of steel shoved through your ribcage" sense)

Because people in terrifying situations they have no experience in just don't think. People die in crash landing

fires because they can't process the thought that they have to take off the seatbelt to escape, what chance have

they got of creating and enacting such a complex line of reasoning? Half of military training is purely so that in

A video game theme: the game world is tangibly damaged during the game.