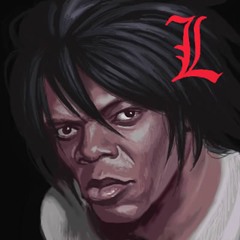 I am nowhere near this awesome. I'm also neither black, nor do I have that much hair
Advertisement:

I'm a 29 year old originally from the east coast of the United States, but now live in the midwest. I recently received a Master of Arts in Theology degree and currently work in a school. I identify myself as a non-denominational Christian, but am most definitely not The Fundamentalist. I don't discuss religion on the internet often because it rarely ends well, but the core of my belief is that each person should attempt to show respect and love for one another regardless of whether it's easy or fun, and look out for the best interests of our fellow human beings. After all, Jesus himself said that the two greatest commandments were "Love God" and "Love each other."

Outside of that, I really enjoy creative writing, as well as analyzing how stories are written, hence why I'm here. The medium doesn't really matter much when it comes to analysis, but I tend to stick to writing when I do creative stuff. Most of what I write is fanfic, because I'm too much of a perfectionist to put much original work out there without continuously fixing it. I am currently working an original work, but I'm not going to post any of it here until I actually get enough done to be worth posting.

I've also recently attempted to learn to draw ponies, and you can see my horrible attempts here.

Is also the Forum Herald

for the fanfic subforum.

, a My Little Pony: Friendship Is Magic fic about Spike saving Ponyville from sentient Nightmares.

I'm also working on and off on various other minor projects.

My other major projects include the following:

I'm also working on various original stuff, but none of it is currently polished enough to be worth posting here.

, which contains my (overly long) analytical reviews of the 2nd season of Friendship Is Magic, along with other various fanfic snippets that are too short to be worth posting elsewhere.

with the rest of my pony stories on it.

Note that due to Attention Deficit Creator Disorder all of these things tend to update sporadically.

Reads/watches/listens/plays to the following (with the reviews I've written):

what is this i dont even