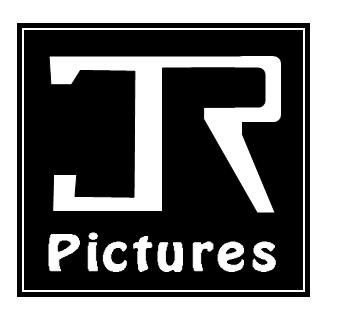 My logo. That's right I have a logo.
Advertisement:

Hi there. I'm JR Pictures. Troper, Nerd, Geek, Gamer, Movie Buff, TV Watcher and Pop Culture aficionado from the Land Down Under (I have a Lebanese background). And as you can see No Fourth Wall. I have a hatred for school and Lampshade everything in sight.

TV Tropes has ruined, enhanced, changed my vocabulary and given me a gateway drug simultaneously while teaching me what is Egregious and the most confusing trope to say a.k.a. Sesquipedalian Loquaciousness.

As for my history/Meta Origin, I'm not sure when I started loving movies but I know I started loving them at a young age. But why you ask maybe it's because it's an escape from reality where anything is possible. Watching movies just makes me happy and allows me to forget my troubles for an hour or more. That is why I intend to make films.

In reality I'm more or less a decent (albeit strange) person, whom distracts himself from real life with movies, TV, video games and this site. My own low self esteem causes me to buy the idea I can't have a successful life (girlfriend, family etc.) apart from making movies. Plus my own self awareness has me acknowledge every part of it. Along with that I have a hard time trusting people in real life.

Links (that work as Character Blog and stuff) and are also Shameless Self Promotion:

open/close all folders
Advertisement:
My top favourite films are (in no particular order)

Of course your opnion may vary on these films. note Listing ALL of my favourite films would take a while so I'll list my all time favourites.

Check out my trope page for my closed RP: The Humongous Mecha RP.

Tropes Applying to Me: