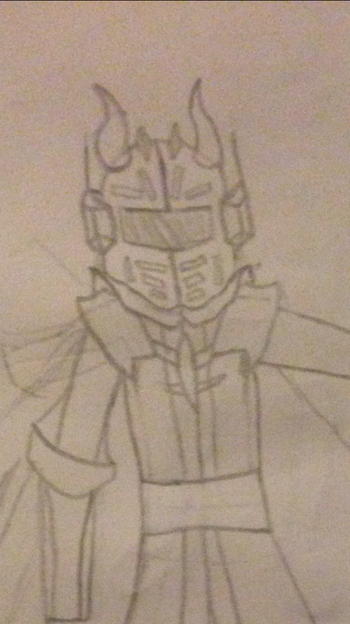 A rare display of my superior artistic abilities.
"PAST ME IS ALWAYS SO TERRIBLE, EVEN WHEN I LITERALLY JUST FINISHED BEING HIM."
— Karkat Vantas, saying something that applies to me almost as much as it does to him.
Advertisement:

WHO DARES DISTURB MY SLU-

I'm Infinity Ryujin. Call me Infinity or Ryujin, I really don't care. You might know me as that one guy who is seemingly obsessed with Equius Zahhak and rarely posts outside of the Hunger Games Simulator thread

in Forum Games. Or maybe you don't. That's also fine. I'm fine with a lot of things. I'm a male high school student. I occasionally edit pages on this very wiki, but I waste/spend most of my time in the Forum Games section. My PM box is always open if you just want to, like, talk or something. I'll try to reply to any message that I get, assuming I can work up the confidence/motivation to do so.

Shameless self-promotion will not occur here. Mostly because I have nothing to shamelessly self-promote.

Stuff you should know about me. Or not, it's a free internet.
Advertisement:
Some tropes that I think apply to me
A few interests
Anime and Manga Music Video Games Web Animation Webcomics Others

There are probably way too many other things that should be here, but I'm too lazy to add them. Things I especially like will be bolded.

Just because a character isn't here doesn't mean I don't like them.

That's it for now, I guess.

Oh, and you can find my troper wall here. Although why you'd want to go there is a mystery to me.

Don't you have anything better to do?