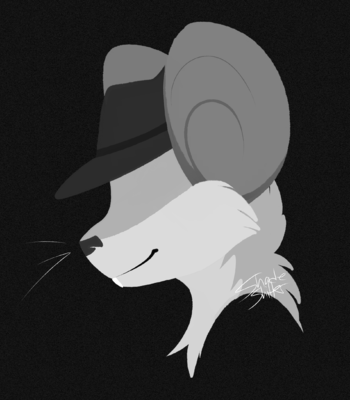 My YouTube avatar. Drawn by ShadeShifter.
Stories are for joining the past to the present. Stories are for those late hours in the night when you can't remember how you got from where you were to where you are. Stories are for eternity, when memory is erased, when there is nothing to remember except the story.
— Tim O' Brien, The Things They Carried.
Advertisement:

Greetings! I'm a 25 year old troper born and raised in Massachusetts, suffering from depression and perpetual boredom. I'm a somewhat retired Creepypasta writer that worked hand-in-hand with Mutahar of SomeOrdinaryGamers, being a lead admin for his website. I always look for new works to get into, as well as playing bass guitar.

Currently, I have my own You Tube channel. You can find me over at NoirMouse

My Works
Social/Other Websites To Find Me
Pages Added
Advertisement:

Tropes That Can Be Applied To Me. YMMV, of course.

Side Note: I do not actually believe in the zodiac or the various personality tests, but I do treat them as an indicator as to how I look at myself and for the sake of symbolism.