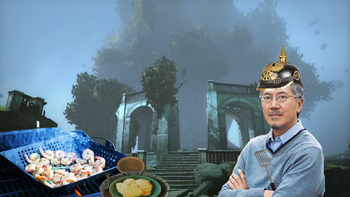 An actual picture of this specimen. As you can see, they are a very """excellent""" cook.
Describe Troper/Fdiaperhead here.

ABOUT:
The elusive Homo Liberocaputius resides in the depths of numerous TV Tropes Discord servers, but can be found lurking in the forums of TV Tropes. Another specimen of this rare species can be found elsewhere.

This species has been described as similar to Damien Bloodmarch, M Gustave H and Ichimatsu.

These are the origins of their name.

They can also be seen working on two novels, My Classmates Are Different and Reincarn 8. You are recommended to read it when it has been published.

Things they do not enjoy

Things they are afraid to admit they dislike

Contributions onto the site

Works pages they have made

(Successful) threads they have started

Roleplays they participate in

Liveblogs they have done

Other species considered to be their friends
Note: those in bold are those that this organism contacts outside of TV Tropes
Joe, shut the fuck out and get the cuck up. I'm going to- oh wait, that's not it...