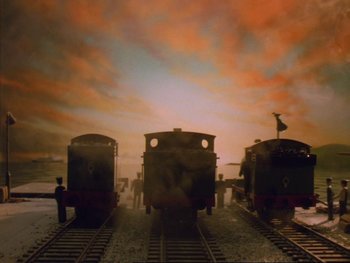 Duck still wonders about the lands beyond the horizon, but he enjoys being with friends most of all and I think he knows that sometimes the best travels are those we can only dream about... don't you? 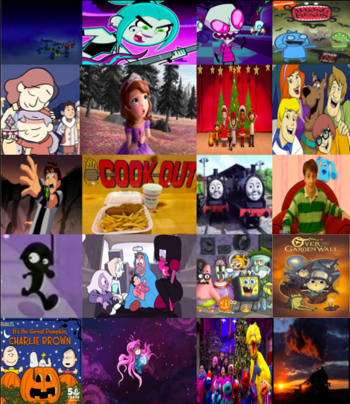 Also, the HD version of my profile picture for fall/winter. This is just a bunch of stuff that reminds me of falls and winters past.
Advertisement:

Hey tropers. Excelsior123 here. I am a huge fan of Western Animation, as you could probably tell from my edits. I also enjoy rock music, Marvel flicks, and Broadway. I joined this website back in December 2015 as RobStarFan101, (back when I was a very inexperienced troper, also my username referenced the ship RobStar from Teen Titans) but I lost my password so I created this account. As of now, I am trying to be better at troping and complaining less. That is all.

I made and launched Kids' Meal Toy and Loose Tooth Episode.

I also irregularly write fanfics, and here are the pages I made for them: